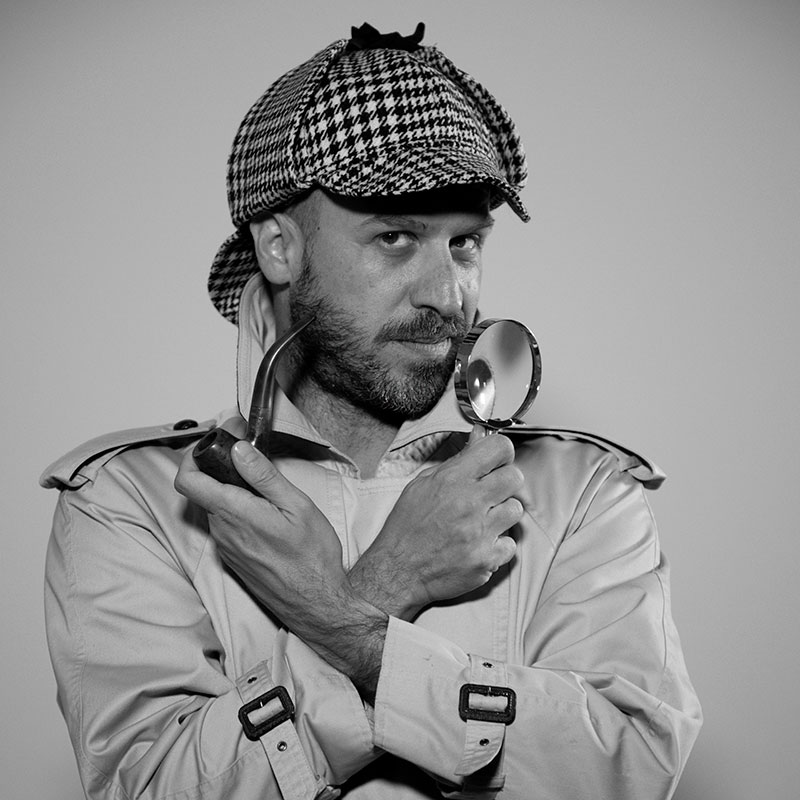 Produced by special arrangement with and all authorized performance material supplied by William Morris Endeavor Entertainment, LLC
From Ken Ludwig, winner of the Laurence Olivier and Tony Awards, this is a comedy with everyone’s all-time favourite detective solving his most famous case. Sherlock Holmes and Doctor Watson are invited to shed light on the mystery of the “Hound of Baskerville”, before a family curse falls on the new heir.

Directorial note
Sherlock Holmes created by Sir Arthur Conan Doyle has inspired about 25.000 adaptations for theatre, television and cinema. A name that is the trademark for a person that at the same time is: genius, lonely, different, witty, stoic, precise, vagabond, rationalist, uncatchable, charming, obsessive, grounded, against superstition and yet immersed in the metaphysical, with integrity and individuality. A man who reverses the flow using his logic. An imp! (credit for description goes to the entire team). And if we add to this fertile material the humour and theatricality of our playwright, then our stage becomes rather explosive!

Andreas Araouzos
Andreas Araouzos has directed 35 plays while his company Alpha Square is in its tenth year of Greek-language productions. A few of the plays that he produced and directed are “A Few Good Men”, “Quills”, “Madame Sousou”, “Les Liaisons Dangereuses”, “The Pope”, “Betrayal” and “The Visitor”.