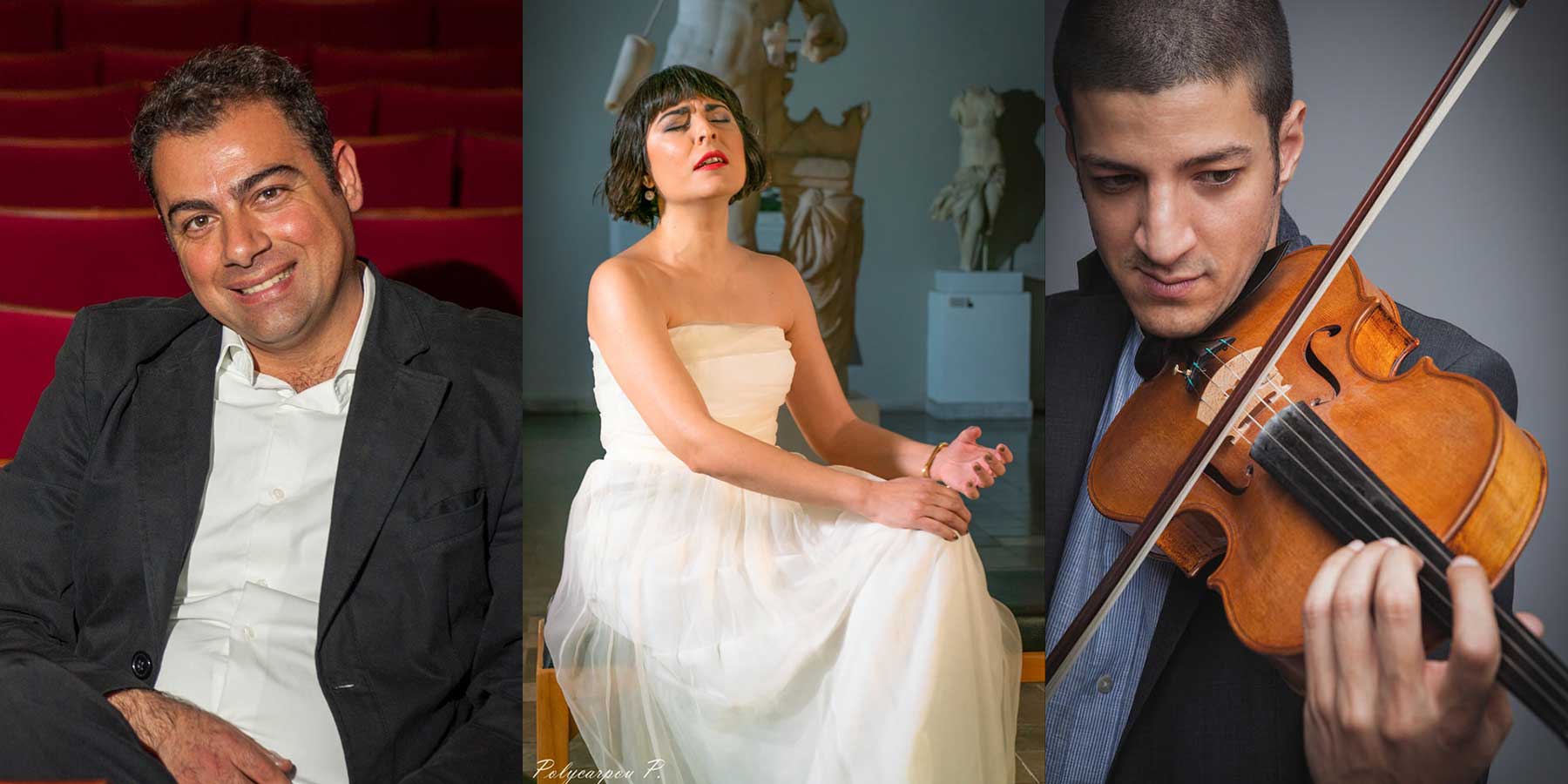 The love stories narrated in this elegy of love by three distinguished Cypriot artists, Vakia Stavrou, Manolis Neophytou and Nikolas Efthymiou, have as a common characteristic the passion and the wish for the elusive and sometimes ideal –what a love verse usually praises.

The songs of Carlos Gardel, Manos Hadjidakis, Edith Piaf, Carlos Eleta Almaran and other composers’ that the three artists will present, talk about the “folly” of love, dreaming, fantasy but also about disappointment and that bittersweet feeling of nostalgia.

Manolis Neophytou will also perform some of his piano arrangements, on the same subject-matter from Greek and foreign films.

Vakia Stavrou is an internationally acclaimed singer and songwriter, based in Paris, France. After finishing her music studies at the Prague Conservatory, she pursued a career in the music industry and made her debut after being signed by Sony Music in Athens, Greece. She has toured in many countries, presenting her work in various important music festivals and in various music halls and theatres, like Festival Au Fil des Voix, Paris, Mawazine Festival Rythms of the World, Casablanca, Klangvokal World Music Festival – Dortmund, Barnasants Songwriters’s Festival, Barcelona, Teatro Sao Luiz, Lisbon, New Opera Theater, Moscow, Gasteig, Munich.

Manolis Neophytou studied at the Moscow State Tchaikovsky Conservatoire, in Paris and London. He is a laureate of international competitions, including 1st Prize at the Music Festival (Palermo, Italy), 4th Prize at the Senigallia Piano Competition, 2nd Prize at the Thimis Piano Competition (Megaron Mousikis, Thessaloniki). He teaches piano at the European University, Arte Academy and public music schools.